We are all aware of India's success at the 2020 Tokyo Olympic Games and the 2021 Tokyo Paralympic Games. Whether it was Neeraj Chopra's gold, Mirabai Chanu's silver, Sundar Singh's bronze, or even our women's hockey team's almost missed a medal, they have all made the country proud. In fact, their victories have fueled the desire of the younger generation to follow in their footsteps.

As a gesture of appreciation, acknowledgment, and encouragement, we observed that participants receiving medals and trophies for their outstanding performances. Both the Central and State governments, as well as business groups and global brands, have offered generous awards that have piqued the public's interest and elevated these medalists and other Olympic national heroes.

While the announcements of these awards have increased the public's curiosity, it has also gathered the public's interest in learning more about the tax liability that sportspeople bear in relation to the rewards they get, both in cash and in-kind, under the Income-Tax Act. 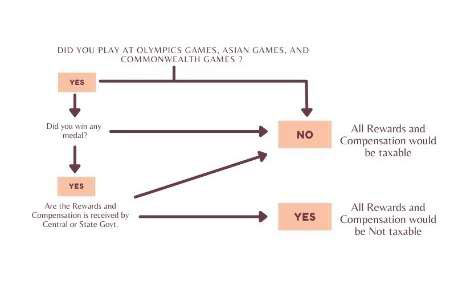 Certificate in Form 10BE for Claiming Deduction u/s 80G

How different is the Indian GST from UAE VAT system?

Stamp Duty and Registration of Documents

All you need to know about RTI

80E : Deduction on Payment of Interest on Education loan

GST - A Destination Based Tax - Place of Supply Rules

Compounding Fees under Guidelines of 2014 and 2019

Consequences of not filing your individual income tax return in time

Federal Reserve Board of USA

Institute of Chartered Accountants of England and Wales
View All